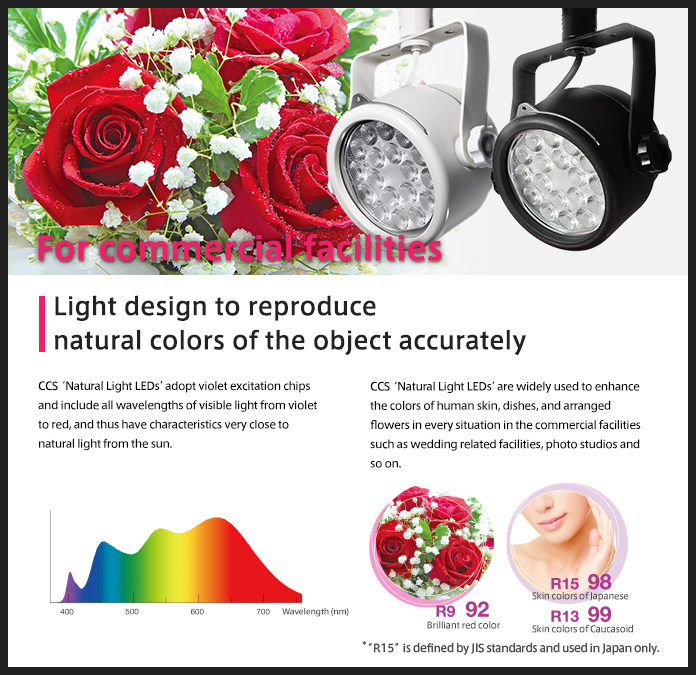 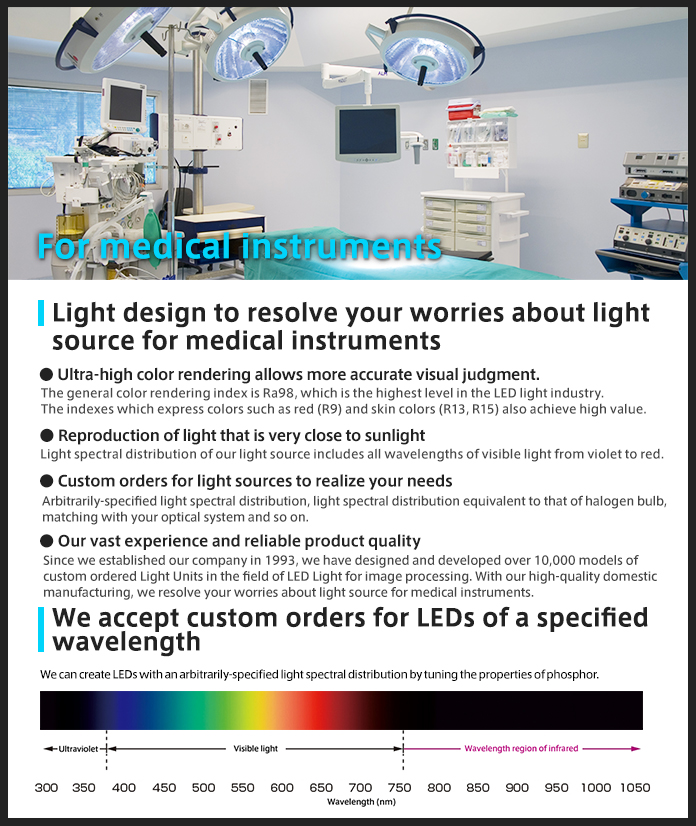 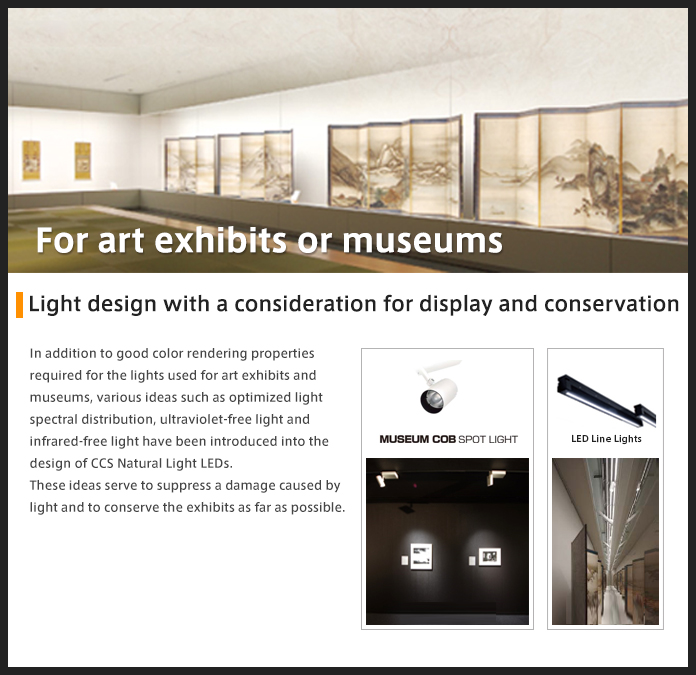 Because it includes all wavelengths of visible light from violet to red, it has characteristics very close to natural light from the sun. 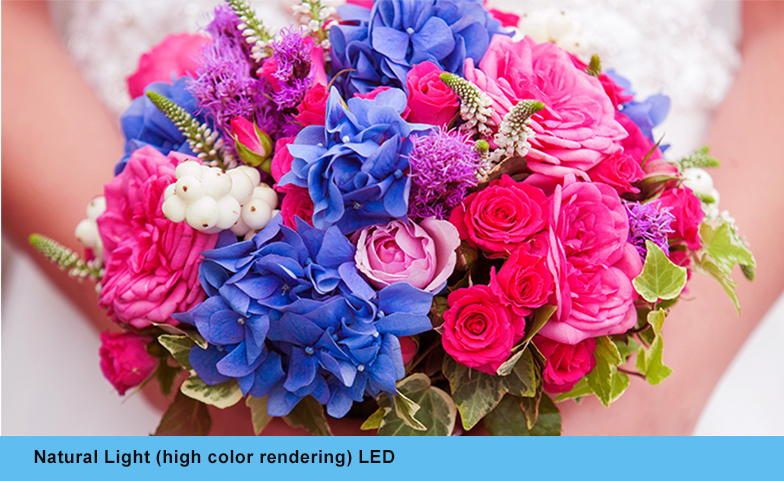 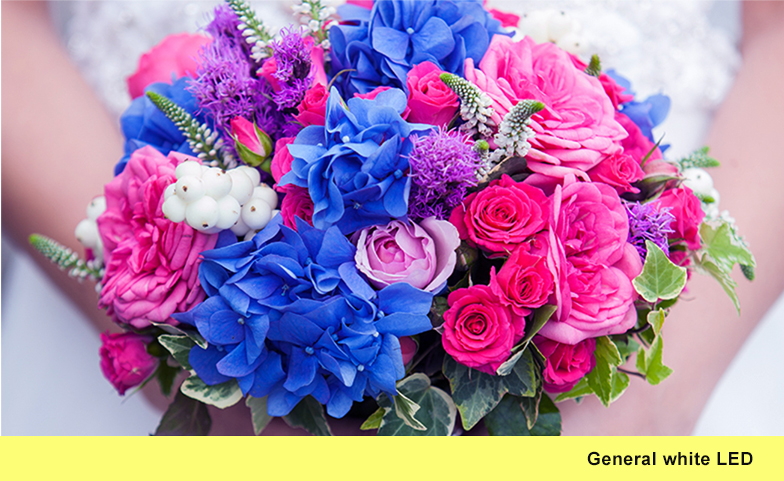 Example of light spectrum of sunlight

Achieve light spectrums which couldn’t be expressed with conventional LEDs!

Wavelengths from infrared radiation results in a great amount of radiant heat.

Blue is extremely strong and red components are weak.

CCS ‘Natural Light LEDs’ use violet excitation and include all wavelengths of visible light from violet to red, and thus have characteristics extremely close to natural light from the sun.

The general color rendering index, which indicates the color reproducibility, is Ra98 achieving the highest level in the LED light industry.
This achieves the color of the illuminated object true to nature.

Also in your specified correlated color temperature (*1), the LEDs maintain Ra95 or higher. Furthermore, this achieves high values not only in the general color rendering index, but also in the special color indexes which express colors such as ‘primary colors’ and ‘skin color.’

What Are Color Rendering Properties?

*We developed Natural Light LEDs in November of 2007.

CCS’s integrated production system from development to commercialization allows for tuning to realize your needs.

We perform tuning for the specified color and spectral distribution.

LEDs are produced by assembling various materials such as LED chips, phosphor, packaging,
and sealing resin, and by handling complex optical, chemical, and structural dynamic phenomena.