[Not available in Japan]Lighting that manages brightness on its own 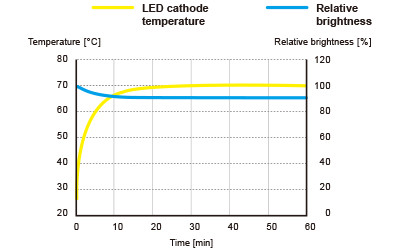 LED brightness sensing is performed using multiple built-in photodiodes. This allows for accurate measurement of LED brightness not only during continuous illumination but also with short period illumination. Absolute brightness is stored in the lighting’s internal memory to allow for instrumental error adjustment.
“FALUX sensing” also makes it possible to measure both the LED brightness of lighting and the internal temperature, and then to monitor those measurements on the controller side.Based on the monitored values, feedback control can also beperformed from the OPPF Series controller, making it possible to maintain the factory default brightness for around 40,000 hours. 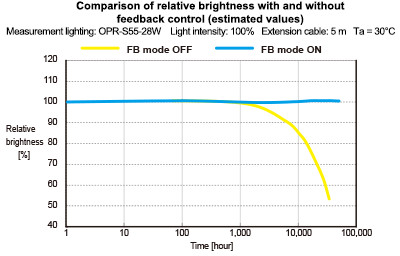 The aluminum die-cast case is equipped with an LED board with a built-in sensor.
The first fixed lens optimizes the directivity angle of the LED, and the attachment lens can be used to switch the illumination angle.
At the same time, the fixed lens guides the light toward the photodiodes, which makes highly accurate sensing possible.

The condensing attachment lens can be removed for direct illumination with a wider field of view obtainable as the distance is increased.

Using the condensing attachment lens to tilt the illumination angle 20° to the inside allows for short-range, high-illuminance focusing.

The low-angle attachment lens can be used to tilt the illumination angle 55° to the inside for compatibility with darkfield illumination to facilitate detection of scratches, dirt, and other factors.

The optimuml light working distance and field of view can be selected in the condensed and low-angle modes with the attachment lens attached or in the wide mode with the lens removed. 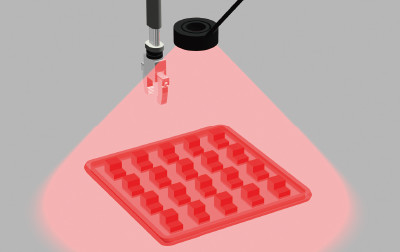 Picking up from pallets 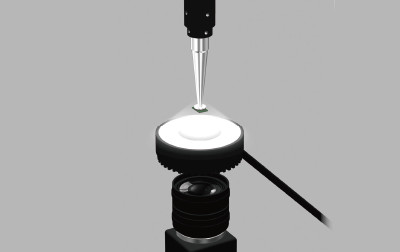 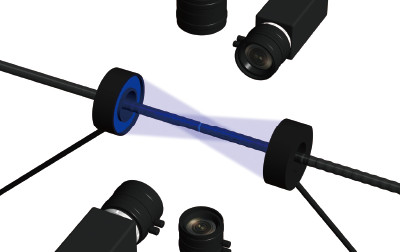