LED brightness sensing is performed using multiple built-in photodiodes. This allows for accurate measurement of LED brightness not only during continuous illumination but also with short period illumination. Absolute brightness is stored in the lighting’s internal memory to allow for instrumental error adjustment.
"FALUX sensing" also makes it possible to measure both the LED brightness of lighting and the internal temperature, and then to monitor those measurements on the controller side. Based on the monitored values, feedback control can also be performed from the OPPF or OPPD Series controller, making it possible to maintain the factory default brightness for around 40,000 hours.

Supports applications for a wide variety of industries

It is bright and even if the distance from the workpiece to the Light Unit is changed, there is little change in the uniform region. Therefore, it can be used in a wide range of industries. 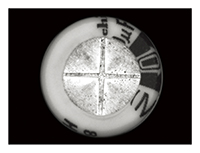 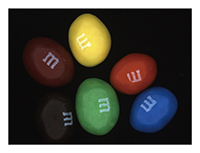 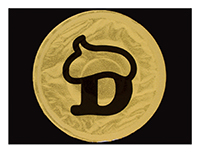 Light from the surface-mounted LEDs is diffused inside the dome-shaped reflective panel. The diffused light from the wide uniform region is illuminated evenly.

Did you know the LED brightness varies depending on ambient temperature?

Increased temperature due to self-heating and changes in ambient temperature as air conditioning equipment starts up can affect the brightness of LED lighting.

Our FALUX technology automatically compensates for brightness fluctuations due to temperature changes.

Using the constant current circuit dependent on the input voltage, variations in the forward current of individual LEDs are corrected for uniform brightness. The temperature compensation circuit compensates for fluctuations in brightness due to changes in temperature. 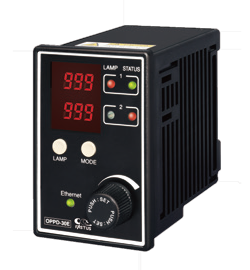 Did you know the LED brightness will be decreased after 1,000 hours operation?

Need consistent brightness for long-term use.

Actual brightness of light unit is different on each inspection line even though the setting is the same. 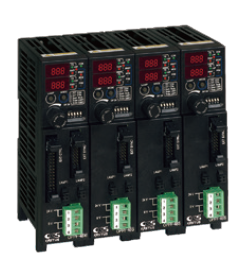 Eliminates variations over long periods. FB control fine tunes the output voltage to match the standard brightness. Output as a feedback error when the upper or lower output voltage adjustment limit is reached.

Different settings are needed one after another

Different settings or programs must be used depending on the camera, requiring extra time and cost.

Easy configuration with our original controllers.