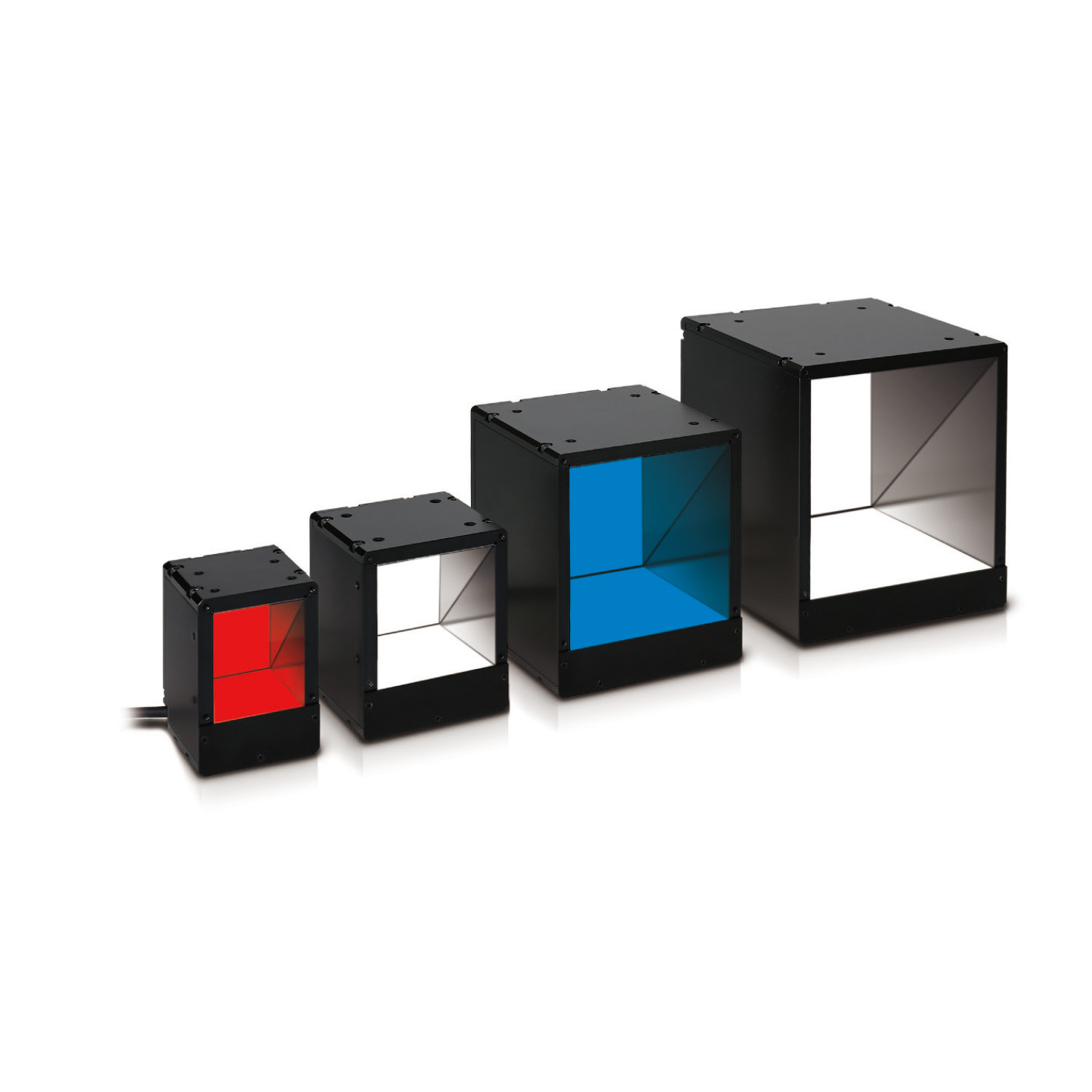 OPX Series coaxial lighting is equipped with a proprietary prism sheet on the surface light source for a narrow directivity angle (half-value angle of ±17°).
Suppressing the spread of light allows for high-brightness and highly directional illumination.
Also, highly uniform illumination becomes possible from short distances, a task conventional coaxial illumination models struggle with.
This is especially helpful with applications requiring uniformity such as detecting fine scratches and dents. 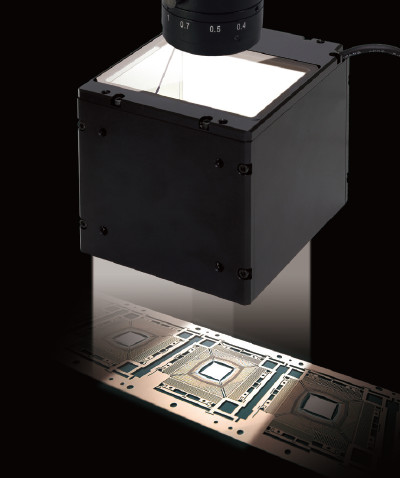 With coaxial lighting, the light from the light source passes through a half mirror twice, causing the light that reaches the camera to be 1/4 or less the original brightness. As a result, bullet-shaped LEDs have become the mainstay with higher brightness requirements.
The OPX Series includes a prism sheet built in to the light source that allows for illumination with a narrow directivity angle. Equipped with SMD-type LEDs offering higher light-emitting surface uniformity than bullet-shaped LEDs, the light is condensed in front of the device, significantly improving brightness. In addition, the optimized arrangement of LEDs allows for reduced brightness deterioration of the peripheral areas. 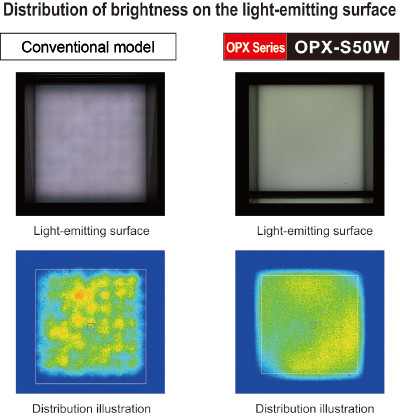 Coaxial lighting--which is a diffuse light source--light is applied from multiple directions relative to the object, making it difficult to recognize such aspects as fine scratches and slight differences in surface roughness. Also, with short-distance illumination, direct light from the light source overlaps with reflected light from the half mirror, preventing the inspection surface from being uniformly illuminated.
With the OPX Series, the directivity angle of the light source is narrow, suppressing the spread of light and allowing for highly directional illumination. Illumination is highly uniform even when applied at short distances. 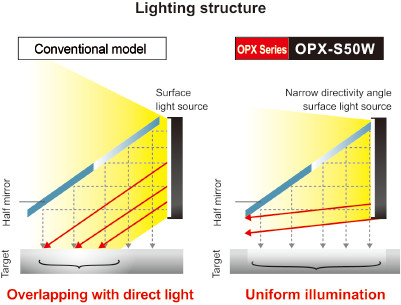 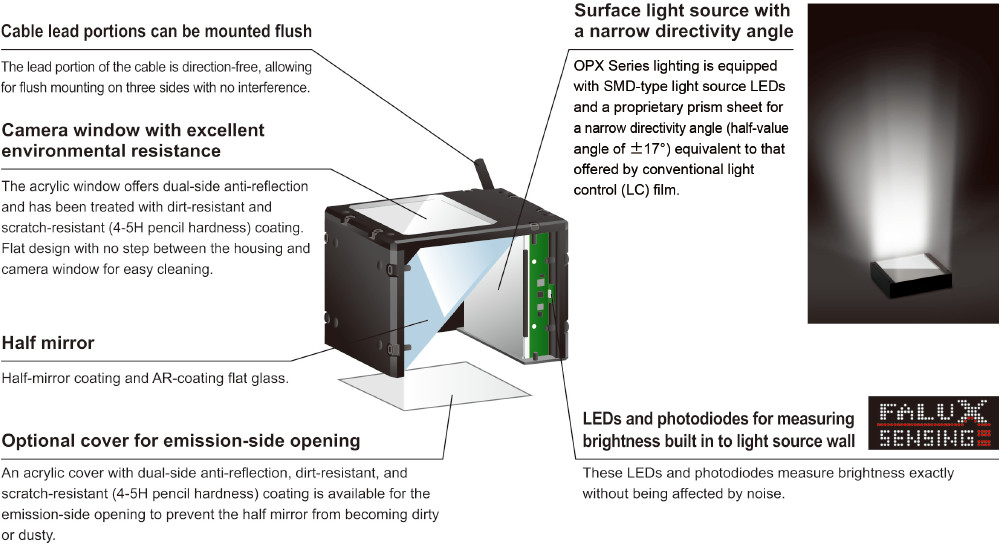 OPX Series devices include CCS FASTUS’s “FALUX sensing” technology. The built-in photodiodes are used to monitor the brightness in order to provide feedback on brightness deterioration, allowing constant maximum brightness to be maintained for up to around 50,000 hours. The OPX Series also has LEDs and photodiodes for measuring brightness built in to the housing frame of the surface light source, which allows for accurate measurement of luminance without being affected by extraneous light noise. 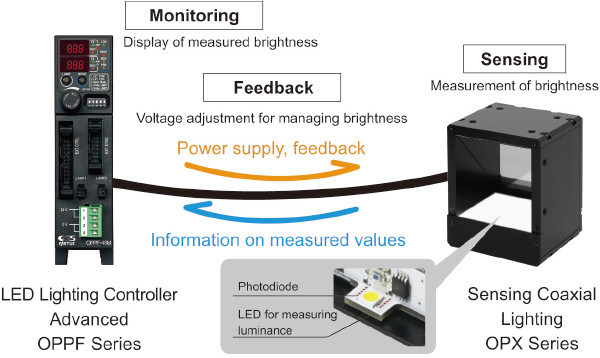