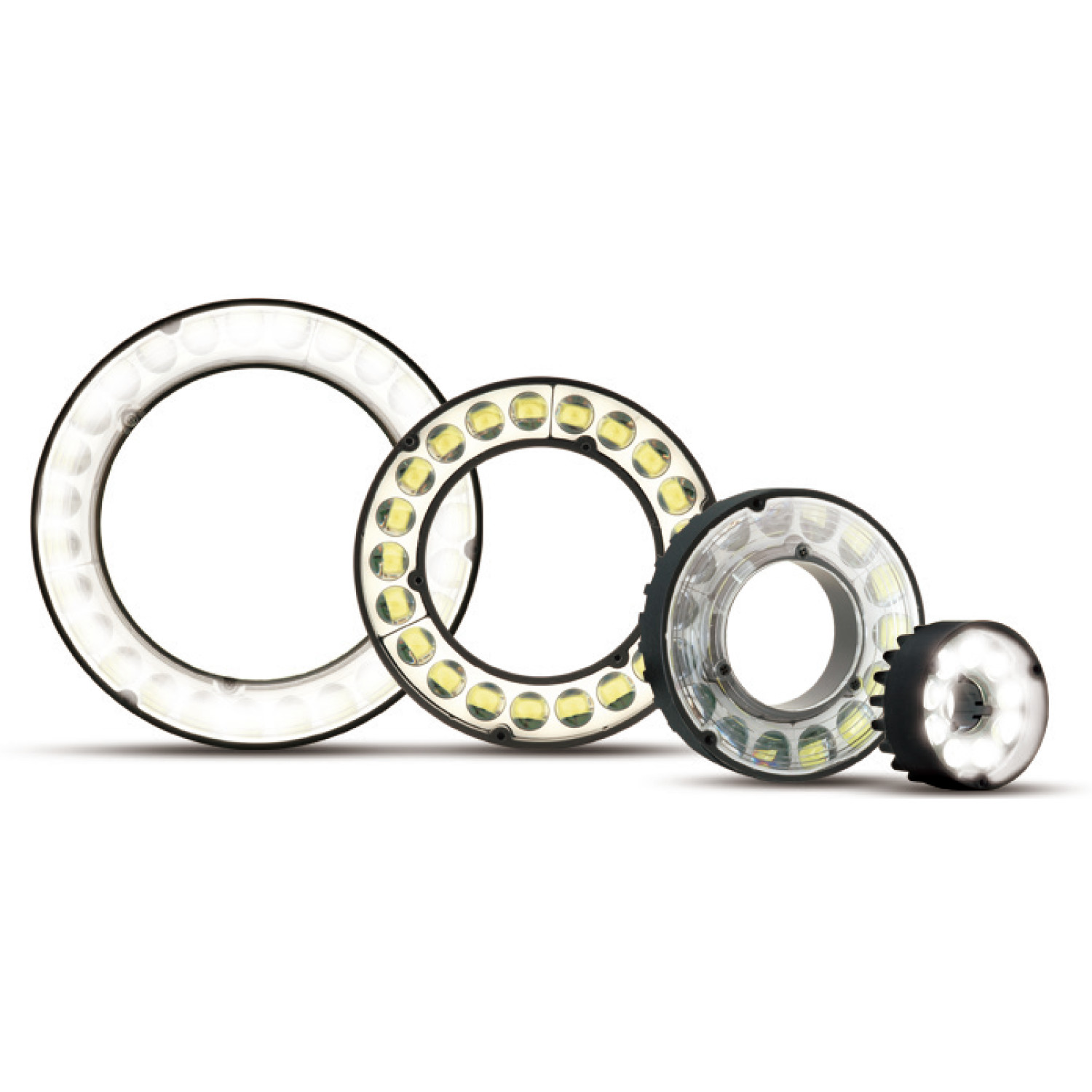 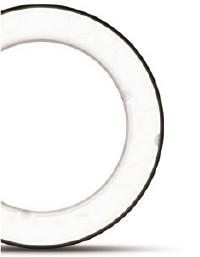 2.5 times the brightness of OPR Series

Thanks to the built-in unique circuitry, brightness has been increased to 2.5 times compared with conventional products for continuous lighting no longer than 10 seconds (10% duty). Even when connected to a general-purpose 12 V controller, ultrahigh- brightness illumination close to that of strobe lighting with strobe controller is possible. 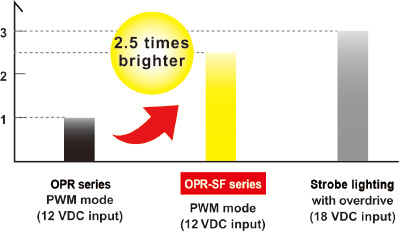 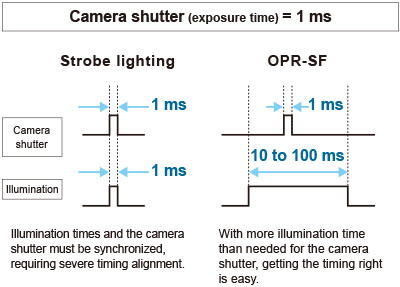 Strobe lighting, which temporarily increases brightness at illumination times of no longer than 1 ms, cannot be used with slow shutter speeds for obtaining bright images at exposure times exceeding 1 ms.
With the OPR-SF Series, however, the 1 ms time limit is not applicable, allowing for high-brightness illumination with exposure times exceeding 1 ms. This makes the OPR-SF Series suitable for low-reflectivity workpieces such as black rubber and for applications such as robot picking.

For example, with a camera shutter speed (exposure time) of 2?ms, the image obtained with the OPR-SF Series will be five times brighter than OPR Series images. 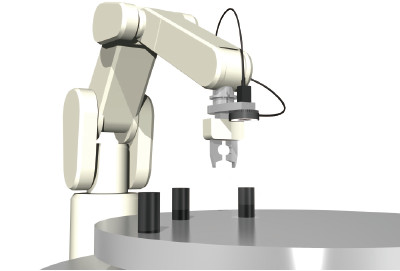 OPR-SF Series devices include a proprietary temperature protection circuit that automatically shuts off lighting if the internal temperature of the illumination part becomes high (80°C or more for OPR-SF55-28W)
and turns the lighting back on if the temperature falls (70°C or less for OPR-SF55-28W). With continuous operation, continuous lighting must be no longer than 10 seconds (10% duty), but illumination exceeding 10 seconds is possible during adjustment and the like.
In such cases, in order to protect the lighting, illumination is shut off automatically if the internal temperature rises.

Brightness can be monitored using the built-in photodiodes by connecting an OPPF-48 Series LED lighting controller. This allows for accurate measurement of LED brightness even with short period illumination. Monitoring of internal temperatures is also possible.